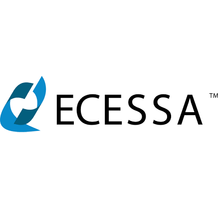 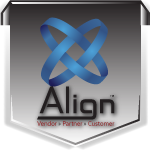 Today, with so many business critical applications running "over the internet" and "in the cloud," organizations flat out can't afford outages or bad service. You can deliver vastly improved service and peace of mind to clients by bundling more than one telecom link with an Ecessa controller. No more outages. No dropped VoIP calls. No angry clients. We give you the three Rs: resilience, redundancy, residuals.

How can we help you generate leads, close sales and build up your happy customer base? By providing one of the best WAN link controller lines in the world, backed by a service team known for its responsiveness and excellence. You sell more carrier and cloud services, we help them run better, your clients come back for more. We're a team.

The threat to traditional telecom services and providers is crashing through the woods in your direction. It takes the form of broadband, with its promises of low cost and high bandwidth. Sure, you can try to outrun your fellow agents to avoid being eaten alive. But I propose a different solution: tame the bear.

Software-defined wide area networking (SD-WAN) is an emerging technology that will allow agents to feed their clients' voracious appetites for higher bandwidth at a lower cost with continuous uptime. It will allow agents to combine their traditional offerings with any and all of the new broadband services with improved performance over the individual services.

The fast pace of adoption of broadband to meet business demands for cloud and other services is putting pressure on the market for private lines (MPLS) and threatening the revenues those carriers and their agents can generate from those contract renewals. There's no outrunning this trend.

Some cloud providers and carriers are already making friends with the broadband bear and offering the advantages of software-defined networking, including advanced routing features not seen in traditional networks and failover that is faster and less costly than what is otherwise available today.

Pause here and calmly lace up your boots.

If you're not familiar with SD-WAN yet, don't be alarmed. Many network operators aren't on board with SD-WAN and most of your clients are just starting to catch wind of its capabilities. But make no mistake, now is the time to learn about SD-WAN to stay ahead of your competitors.

This past June, analyst Zeus Kerravala of ZK Research wrote, "The growth in hybrid WANs / SD-WANs has been from established, WAN-focused infrastructure companies like Silver Peak as well as a number of start-ups. The one group of companies that has yet to endorse this new WAN model is the traditional network operators such as AT&T and Verizon. Telcos have historically been very slow to move into new markets that might be perceived as a threat to their business model."

Thankfully, for those who make a living providing any flavor of bandwidth, today's advanced network technologies like SD-WAN offer significant opportunities to meet the exploding demand for higher bandwidth at lower costs, with or without adoption by telcos.

Peter Radizeski of RAD-INFO wrote in his TMCnet article An SDN-WAN Primer for Channel Partners, "SDN-WAN is new, but set to explode in some areas (like NFL cities), because companies are migrating to cloud services without taking into account how much bandwidth that will consume, especially for real-time apps like voice, video and virtual desktop."

There is currently a window of opportunity for agents to leverage SD-WAN capabilities and provide the WANs customers are demanding, but that carriers aren't yet offering. With the limitations of traditional networking removed, agents are free to blend the best available services to achieve higher performing, more reliable network transport with big ROI. Agents who ignore this opportunity are likely to lose clients and billings.

Rather than run away from the threat of broadband, agents should turn around and use it. Incorporating SD-WAN into your offerings is one of the best ways to attract new opportunities. It's a solution few agents are talking about and a story your customers have not yet heard a million times.

Think about it this way. How much excitement might you create promoting the advantages of a basic VPN or MPLS networks to your clients? You'd probably get the same response by telling them you could save them up to 15% on their auto insurance. Tell them something they don't know. Show them how they can exponentially increase bandwidth for a remarkably low cost and get 100% uptime.

It's time to ask yourself if you want to have your billing and new opportunities eaten by the bear, or learn how to outsmart your competition by using new technology to protect and grow your business.

Don't let the bear eat you. Tame it with SD-WAN.

This is a private site.

Enter the email address that you signed up with and we will email you a password reset link.

Your account is protected with two-factor authentication. We've sent you an email with a code to enter below. Be sure to check spam filters if you have not received the email.

Your session is about to expire.